Its time!! They have awakened. The wisest of beings had always warned of this day. The elements of the universe foretold about it. But the odds of it to happen were considered to be even lower than they were in number. They were a race that was always subjugated. Theirs was a race that survived as inferior beings; that their life was nothing more than a burden; that their opinions had even lesser weight than the life of an insect.

And yet now they stand staring point blank at us; at the millions and billions of us that partook in this customary way of living by either being unabashedly involved directly; or indirectly by being a silent spectator. They stare with eyes blood shot, with rage that was overdue and that kept compounding with every breath. Even hell has no fury like a woman scorned. For they were not to be ruled but respected. They were not to be desecrated but revered like other beings. They were to be given equal rights and yet they were deprived of their most basic rights. They were bullied, harassed, raped, treated like dirt and for what reasons?? Did they or their ascendants do anything so ghastly in the past to deserve it?? Or were they treated like this only because they were born as a WOMAN?

Even the Gods and Goddesses of this universe had a good laugh till now at the hysterical play of life; They were very amused and equally amazed at the greatest conspiracy of all times; For the Gods and Goddesses had carved women too with their own hands, the only difference being a women’s heart. It is the strongest element in the universe; Strong enough to withstand the most evil of atrocities and pain. It was molded with the hide of the Gods and Goddesses to endure even in the darkest corners of hell. A woman’s heart is considered as the greatest marvel of life and an epitome of boundless love.

But were the creators really proud of this creation……they had second thoughts. Because despite having the most indestructible weaponry in their archive, how did they end up being the most feeble of creatures, is the greatest paradox for the universe to witness. Or did men out-evolve demons to achieve this despicable feat.  To create a world, whose very fiber is rigged to favor men….ONLY!! The atmosphere within this universe so intoxicated to skew the moral senses of every being; where having men rule every aspect is considered as the only mode of evolution and where anyone proposing to have an egalitarian society is ridiculed as a lunatic. But just as every conspiracy has a course to run, this one was running short of runway. The upper half of the sand glass was a few dunes away from falling empty. A revolution was not just distant at a horizon anymore, but an eyelash bat away!

And while we continued living in our robotic loop like routine, most of us failed to notice an army on the rise. A fearsome ovarian horde that’s re-discovered its ranks in the pyramid of power. An army so hungry for retribution, that wont stop at nothing anymore. Together they recite a creed of vengeance making a vow to never forget the atrocities and abuse they have lived through. A retribution that will serve as a deterrent for generations to come. Their movements are not restricted to the kitchens anymore. You will find them in board rooms and press conferences; leading enterprises and space shuttles; making a mark in almost every field. They don’t flinch anymore while stepping up the ladder of success that’s filled with many venomous beings. They are inclined to win this game, playing by the very same rules that were set by the false gods; demolishing their pride and re-establishing a new order. 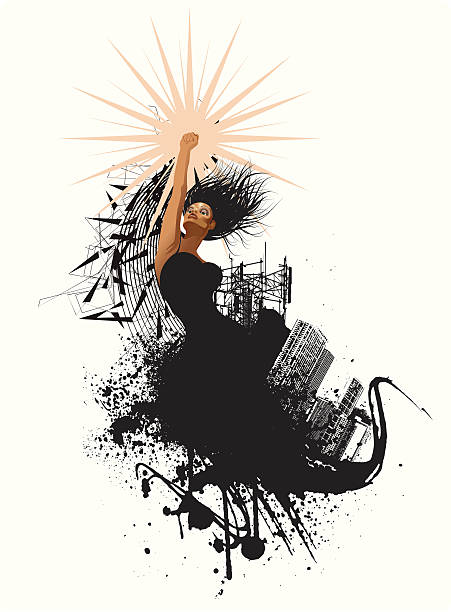 How can one forget The Weinstein Company that was hit by a Tsunami of sexual harassment complaints (#metoo) last year showcasing that the foundation of HOLLYWOOD was only as strong as a deck of cards that began to plummet one by one after the Weinsteins fell. There was a ripple effect of the same felt globally. The acts  of every misogynist who objectified women and cushioned themselves feeling safe forever were brought to the limelight. Some women too who supported these fake moghuls only because they had children to feed, bills to pay and dreams to pursue, they all came out in full support to tear down this legacy.

It doesnt end there. For the first time in 1000 years, the University of Oxford has offered more undergraduate places to British women than men last year. The world is lately but finally beginning to realize that women too have massive potentials to lead. In fact, women launch 1000 more business every single day. WOmen owned companies have grown more than 45% since 2007. Moreover, 90% of the woman entrepreneurs are foreseeing an increase in profit next year.

I can’t put an end to this ode of praise to girl power by not reiterating the powerful words delivered by Oprah Winfrey at the Golden Globes, “For too long, women have not been heard or believed if they dare speak the truth to the power of those men. But their time is up. Their time is up.”

I live to witness stories. But I also live to tell them to you! View more posts

5 thoughts on “A CREED OF VENGEANCE”