“God is a comedian playing to an audience that is too afraid to laugh.”      – VOLTAIRE

And sometimes the play can be striding on this wafer thin line flanked with humor on one side and mockery on the other, so much so that it becomes difficult to make sense out of it. For some, Life may seem like a walk through heavenly meadows, while for some, its a painful walk through thorny bushes; every forthcoming thorn not only gifting us with new bruises but some also piercing even deeper into our pre-existing wounds, undoing every effort to heal. And the paradox of it is that the one’s walking on meadows have a very pessimistic view of life while the ones traipsing through thorns venerate life as its greatest teacher.

I write this blog post today in tribute to that section of the society that open their eyes to a world of thorny bushes. These are those handful of people that are cursed with a deformity right when they are born. A deformity that goes on to scar them in the initial years of life. And because the early years of a child’s growth plays a crucial role in building a strong foundation to enable them to survive the cut throat competitive world ahead, this deformity plays such a ghastly role in placing these kids way behind the rest of them.

Kids in their early age are a true reflection of pure innocence. An innocence so pure that has the power to melt even the cold hearted. And when such an innocence is inflicted with a scourge so demeaning and malevolent, it can cringe any soul to want to question if life has lost its very karmic sense of justice. You might wonder as to why am i ranting so much about this deformity. What can be so devious to want to question life and its ways? Allow me to give you a small glimpse……

Lets imagine that there is a classroom of second graders. As the teacher had announced earlier that there is a test to be conducted, all students come well prepared. As subservient kids are at an early age, everyone follow the ritual of keeping their belongings outside their classroom except for their pencil box and other necessary stationary. The bell rings and the students begin to crack the test. You would in normal circumstance imagine this classroom to be filled with pin drop silence accompanied only with the sound of the scribbles made by the kids who are diligently writing their papers. But this was no ordinary class. Silence had never seen the footsteps of this classroom since the start of this year. If there was one thing this classroom was notorious for, it was for the obnoxious sounds it produced. And if there was anyone to blame for it, it was Brad.

No sooner had the students started writing the paper than Brad was all ready to play the devil. Making barking sounds along with a “quack” and a “jab”, Brad began to humor everyone around. The rest of the students turned behind in amusement. The teacher warned Brad to keep mum and proceed with completing the test. Everyone were back to writing their test. And again after a minutes silence, the sounds followed. This time the sequence was different. It was a “quack” first followed by a “jab” and a bark. Other students were in for a ride of comedy. This time though Brad was audacious enough to make funny faces and some head jerks. Knowing that Brad had just crossed the line, the teacher had to be decisive enough to disallow Brad from continuing his test. Brad was asked to leave the class. Even on his way out Brad continued acting like a clown making funny noises and twitching his face playing the devil the rest of the class believed him to be. But was he really a devil…….?

Most often than not, the truth takes time making its way through a complex web of bias, prejudices and misconceptions. And being unaware, plays a huge role in building this complex web of deception. If only the classroom or the world around Brad knew what the truth was. Sometimes, being at the mercy of the truth making its way out and clearing the confusion can be agonizingly very painful. At times like this the truth needs to be CLAWED OUT  and showcased to the world. A world that’s so timid that its afraid to show compassion to someone like Brad but cocky enough to declare him crazy without even wanting to make a shred of an effort to know the truth. This is not just a made up story about Brad. Brad exist for real. His full name is Brad Cohen and he is 44 now. He grew up to be a motivational speaker, a teacher, a school administrator, an author and is married to a beautiful soul, Nancy. All of this despite living with TOURETTES, or as he would say it,”All of this because of TOURETTES!” 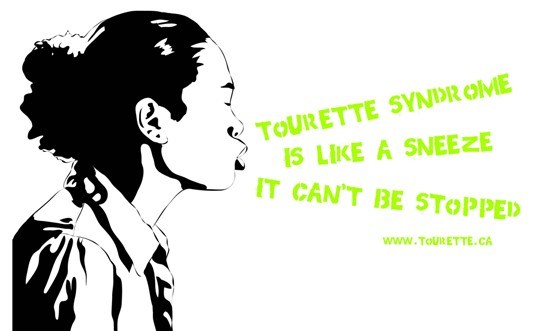 Brad’s elementary schooling life was a thing of the late 1980’s and early 1990’s. A time when medical science was not as progressed as its today. There were only handful of cases of Tourettes in those time, hence the lack of awareness. But even today, after almost 3 decades, things haven’t progressed. For those of you, who are not aware about Tourettes and I am sure there are many (a month ago, you could count me in too), its an abnormality in certain brain regions (including the basal ganglia, frontal lobes, and cortex), the circuits that interconnect these regions, and the neurotransmitters (dopamine, serotonin, and norepinephrine) responsible for communication among nerve cells. In simple words, its an abnormality that affects the coordination between the brain and the rest of the body.

But wait, you may ask, “Why should i know about Tourettes? It only happens to a handful of the population right.” – Why you should know about Tourettes is because your knowing will help make the world around them a better place if not the best. When it comes to awareness on psychological ailments, our country is very antediluvian. Mental ailments are still treated as a stigma. You never know if there are more than a handful that are afraid to come out of the shadows. Afraid that they might not be accepted. We are no different in comparison to the second grade students and the teacher who went on to admonish Brad. And considering the superstitious and religious beliefs we entangle our life with, we could become even worse a devil to someone like Brad. Lets take a few minutes to know about this ailment rather than spending a lifetime in guilt for missing the opportunity to make this world a better place for Brad.

How does it happen? – No clue! Is there a cure? – NO!  This is what makes this abnormality a devil of a disorder. Despite medical science advancing by leaps and bounds, it still lacks a light years behind when it comes to Tourettes. There are numerous speculative theories floating about the causes of Tourettes, but none of it is proven with hard facts. How do i identify someone with Tourettes? Like Brad, people with tourettes often make funny repetitive sounds; they also make these uncontrollable spasm like movements. These funny gestures are called tics. But does it impair intelligence? NO!! (a silver lining). But in order to compete and be on par with others, it takes a considerable amount of focus for them to learn because most precious seconds of their lives pass by living with tics. And thank God for not making it contagious. SO DONT BE AFRAID TO GO CLOSE TO THEM!!

Make this world a better and comfortable place for them to win against TOURETTES!!

(To know more about Tourettes, I urge you to please watch “FRONT of the CLASS!!” – a beautiful one and half hour movie that engages you from the start to the end. And if you have a liking for BOLLYWOOD films, watch HICHKI, a movie where Rani Mukherjee embodies the role of a person suffering with tourettes and delivers a powerful performance!!)

One thought on “LIFE’S a TWITCH!!”